[John Seaman, a long-time Shintaido instructor, passed away in April of this year. See the News Item. John and Lee started their practice during the early days of Shintaido in Japan. They taught groups in Oregon and Washington for many years. In this article, Tomi Nagai-Rothe writes about how influential John Seaman was in her life. Body Dialogue Editor]

John at Seminary
With John there was always a story. I remember his account of his studies at San Francisco Theological Seminary in San Anselmo, California during the American War in Vietnam. John was active with students who participated in the 1960s version of an underground railroad, housing draft dodgers and conscientious objectors as they made their way north to Canada where they could request asylum. 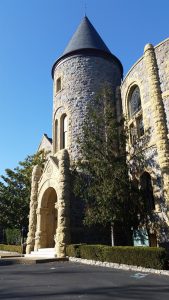 John didn’t fit into the mold of the purely intellectual student and struggled against what he felt was the seminary’s narrow and academic view of the world. He spent time in the outdoors to decompress and often visited the Mountain Theater on Mt. Tamalpais. And John often took an unorthodox approach to life, driven by his creativity and curiosity.

One of my favorite stories was the visit that Sara Lee Morrissey (later Seaman) made to campus as a visitor. Lee met John on campus and they became fast friends. Fellow students remarked that John’s personality had mellowed noticeably during Lee’s visit, and they appreciated it!

John drove Lee to the airport when it was time to leave. As they drove, something hung in the air — perhaps it wasn’t the right time for Lee to leave? Return home or stay? The car turned around and they never made it to the airport. Lee stayed on at the seminary for some time, and John’s fellow students welcomed her salutory effect on him. John and Lee were always together after that.

Teaching Stories
There were a raft of “teaching” stories and when John started one, the longer term students would nod knowingly and watch the expression of the newest people. What were they taking from this story? What did John intend to convey and for what reason? The stories were an opportunity to see a part of oneself reflected in a safe way — in a medium that had space for feelings and upwellings of memory. It was also a chance for those who had heard the story many times to see if they could harvest new insights.

Life Questions
My early questions to John were about Shintaido practice. Once I was scared by a feeling that came up during practice and while others laughed it off, John simultaneously took it seriously and made it seem normal and unsurprising. I was so relieved and grateful to be seen at that moment. And I was able to relax, knowing that my experience wasn’t unnatural. 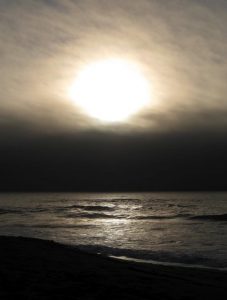 Over the next ten years my questions expanded to ones about life. I had dozens of conversations with John about personal challenges because I knew he would never be shocked, and would always tell a story that contextualized my experience. John modeled how to create a safe harbor. Since then I have mentored and coached many people and drawn continuously on John’s model to try to provide a safe harbor for others who are seeking.

Shintaido John-Style
I made regular visits to Bellingham to study with John and Lee and their students. I was interested in John’s unorthodox (compared to the Bay Area) teaching style that included a very informal warm-up with lots of conversation and new ways of presenting bo technique. I appreciated that the focus was never on perfect technique, but on what the technique allowed us to learn about ourselves and our relationships with our Shintaido practice partners. 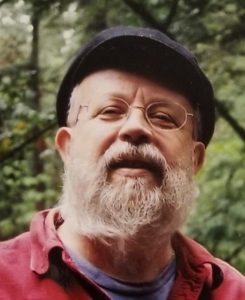 John created a big space around practice so we could look at what we hoped to gain from Shintaido, what stepping back or stepping forward could be an analogy for (for example), why being opened up by our partners made us cry, or even why we just didn’t feel like participating. John made space to look at inward manifestations as well as outward ones. Any topic was fair game.

Life Practice and Life Teaching
John had a very high expectation that people around him pay attention to their spiritual development including their shadow side – and address those changes that need to be made in their lives. If you saw him irritated or short with someone, it was probably because they are not paying attention to this aspect of their lives.

John and Lee and their more experienced students used to have regular conversations they termed “staffing.” It was a cross between addressing personnel issues and mapping personal development. They would talk about where people were in their practice and their lives. It was always compassionate and never gossipy and the goal was supporting people in the way they needed to be supported.

At first I mostly listened and then, after many visits to Bellingham, Washington, I came to know their students better and began to participate. Each person’s situation was held lovingly and with respect. Decades later I serve as an elder at my Quaker church and know the tone and approach to take for pastoral care because I practiced it with John and Lee.

Teaching Shintaido
When I began preparing for my instructor exam I turned to John and Lee for support and advice. John was incredibly supportive and one day I surprised him by asking if he would support me by taking the exam with me. It was a bit mean because I had cornered him, but John agreed. We had many conversations about the exam elements and about Taimyo Kata, which John didn’t much like. In the end, it made a huge difference for me, being able to take the instructor exam with him in the big, cold gym at Mount Madonna Center in Watsonville, California. It was one example of John going the extra mile for his students. 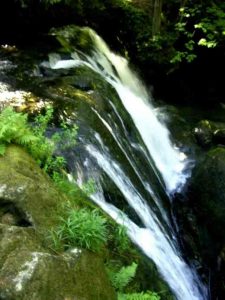 One of John’s maxims (and stories, of course) was that a good teacher always creates students more talented than they are. It was set as the gold standard and gave John an opportunity to tell stories about students who had gone on to become talented Shintaido practitioners and teachers.

After I became an instructor John and Lee provided so many opportunities for me to teach in Bellingham and to work with them on exams. The debriefs about how people did and what they showed were always the richest part of the experience.

Spiritual Seeking
When I met John and Lee I was a spiritual seeker and they provided glimpses into their practice as Christian mystics. Just enough to make me curious. I asked lots of questions and John told stories about the Presbyterians and I learned about pentecostals, fundamentalists, contemplatives and mystics.

I spent years asking very basic and dumb questions about Christianity and faith in action. John always had good information and a contextualizing story to help me feel less dumb. He and Lee were endlessly supportive without pushing me in any particular direction. It was an unconditional love that modeled being a follower of Jesus in a profoundly life changing way. Without that love and guidance I would not have found my church home with the Religious Society of Friends (Quakers) nor be doing the work I am doing as a Quaker.

The Old Growth Douglas Fir Grove
On one of my Bellingham visits John took me to a special stand of old growth Douglas Fir near the highway to Mt. Baker but tucked back from the road. John and lee had learned about it from a Lummi elder who trusted them enough to take them there.

I walked a short path and stepped under the dark tree canopy and felt like I had entered another world — as in a storybook. The air felt different, the light was filtered and soft and it felt like a very old yet alive place. It looked like a forest but it felt inhabited like no forest I’ve ever entered. We walked quietly and connected to the trees, and sat on the moss and downed trees.

In the first version of my will I asked to have my ashes scattered under the trees there. And in the current version of my will John is named as the person to lead my memorial service. When I heard that John had died I knew I wanted to organize a remembrance for him — since I outlived him, and in thanks for his willingness to do the same for me.

The Wolf Pack
One of the deepest lessons I carry from my study with John and Lee is how essential a learning community is if one is adventurous and interested in spiritual growth. I think it is either too terrifying or too dangerous as a solo activity. John used to say, “a lone wolf is a dead wolf.” Hunting for insight with the support and help of the pack makes a successful hunt more likely, and my study with John proved that.

Thank you, John, for including me in your pack.