Joe Zawielski died peacefully at home on August 1st at 9:30am. Joe had been open about his health and expected death with many posts about his love for everyone in his life. Home hospice services were being provided to Joe and his family. Gianni Rossi led a keiko for 50 people with Joe in attendance on Saturday July 21st. 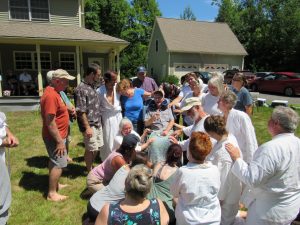 Joe began his study of Shintaido in 1980 and began his path as a Shintaido Instructor in 1986 and became a General Instructor (4th Dan) in 2016. He also was ranked a SanDan (3rd degree black belt) in Boh, awarded in 2004 and ranked Shintaido Kenjutsu San Dan, awarded in 2016. Joe was a member of the International Technical and Examination Committee (ITEC) as well as SOA National Technical Committee (NTC).
Joe’s family will tell us more about arrangements as they are made. They thanked everyone who has been with him and those who have let Joe know how much he was loved.
Connie Borden
President SOA 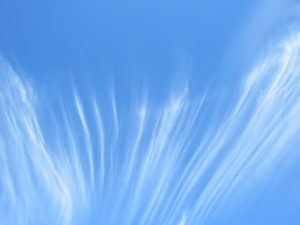 The sky over Joe’s keiko.
Photo by Stephen Billias.